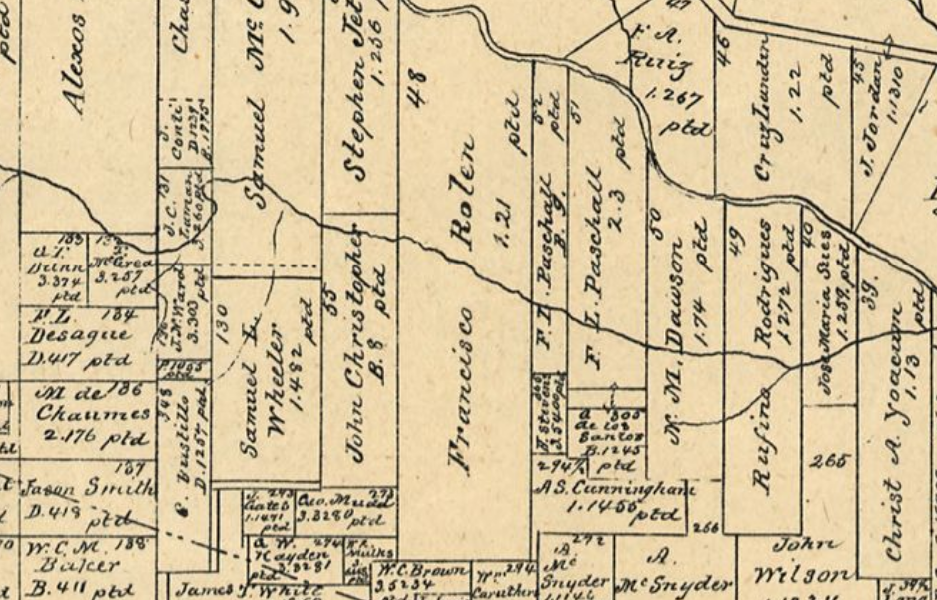 The Voice of Change Network had started a series on the hundreds of Land Grants (Los Porciones) in Texas, it is uncomplete but this is one of the articles from https://voiceofchangenetwork.com/los-porciones/

Thanks in advance to Raul Longoria –

Dating from 1892, the Longoria Cemetery in La Grulla was established by the descendants of Pedro Longoria, the original grantee of the land on which the cemetery and La Grulla are located. In 1767, Pedro Longoria and two of his brothers, Matias and Vicente, received adjoining land grants from the King of Spain. Located on the north side of the Rio Grande River, Pedro’s grant was designated as Porcion 94 and consisted of 4649.8 acres; his brothers were granted the adjoining Porcion 93 consisting of 7971 acres. Initially, most of the grantees of porciones on the north side of the Rio Grande maintained their permanent residences in Camargo, established in 1750 on the south bank of the Rio Grande. The village’s location south of the river and its higher concentration of people provided more protection from marauding Comanche and Apache Indians from the north. The land grants were used to graze cattle, sheep and goats and otherwise provide for their owner’s livelihood, but the only structures built there were probably “jacales”, primitive structures constructed from logs of the native mesquite and other woods. The jacales provided protection only from the elements of nature.

It was not until 1836 that a grandson of Pedro, Juan Longoria, moved to establish a permanent residence on the north side of the river in Porcion 94.

Today’s community of La Grulla, Texas, is located on the site of that original settlement on Porcion 94. As the community grew, residents who died were taken back across the river to be buried in cemeteries in Camargo or the smaller ranching communities. The Longoria cemetery was founded in 1892 when Juan Longoria died, fulfilling his dying wish to be buried on his own land. Among those interred in the “bovedas”, or burial vaults, are Juan Longoria (1808-1892), his wife Yrinea Villarreal (1813-1892), and his mother Maria Nicolasa Flores (1780-1885). –Online Comments by Raul N. Longoria Feb 2002;.